More thoughts on an OA retro-clone 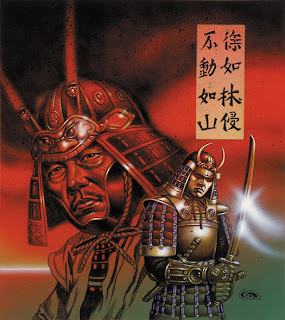 What does a retro-clone of 1E Oriental Adventures need? Let's break it down into content:


There's a lot there if one is going to re-present, as it were, the original in a format that allows for the seamless use of old materials (adventures etc). Do we need all of this? I asked about Honour on Google+, and there seemed to be a variety of opinions, ranging from it being a necessary sub-system to such concepts purely being a roleplaying choice.

What are the objectives in creating such a retro-clone? Possible ones include:


Do we faithfully translate the original to OSRIC, warts and all, effectively doing for OA what OSRIC does for the PHB and DMG? Or is this an opportunity to utilise knowledge and insight gained over time to rework elements of the book that meet with the most contention (e.g. class power levels, martial arts)?

Do we take the AEC route for Labyrinth Lord and bring the power level down, strip out some elements of the classes, adapt others (which is what I've been doing on this blog)?

Or would such a retro-clone be a self-contained game, a la Ruins & Ronin?

Lots of questions! For myself, I am happy working on my conversions for Labyrinth Lord, but I can totally see why one would want to create a product for OSRIC (I just happen to prefer the former over the latter). So, to summarise, I think if a team were to assemble to create such a product, the decision would need to be between these three:


Now, the retro-clone market has exploded but I am using the two most prominent names within it as examples. Swords and Wizardry would be there but it already has Ruins & Ronin. What game do you want to make?

Another thing to bear in mind is the OGL and what can be utilised from that. Matt Finch is the guru of retro-clones, indeed one of the founding fathers. Check out his blog for a discussion of copyright and the OSR.