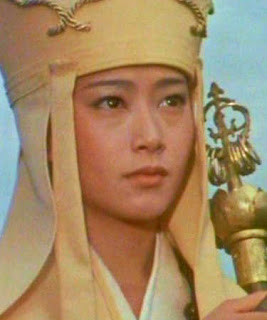 Just about to type up my notes for converting the Shukenja (the healing religious guy) from 1E OA to Labyrinth Lord, via 2E and 3E.

The shukenja originally had a set of restrictions on how it could gain XP: you actually gained no XP for killing opponents, but gained a lot of XP for healing random people you met. There were others as well, but I think I won't fiddle with the XP, but instead build into the code that the shukenja shouldn't initiate violence, and try to avoid killing. This is D&D, after all.
Posted by Unknown at 11:19