I shall try to format this one better, as the Dykstra post has gone all skewif. So, Earl Geier. Who he? Only one of the busiest artists in RPGs at one point. Well, I made that up, but he very probably was. I first encountered his art in the Elric! rulebook and was really struck by his ability to make creepy creatures with an economy of line and deft penmanship. 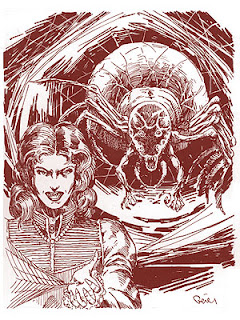 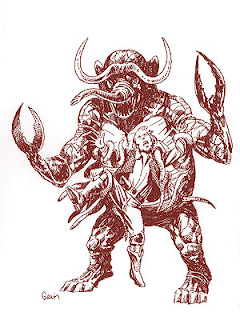 Both of these come from the Savage Coast Monstrous Compendium (used to be a free download from WotC - you'll need to look on Google to find it). That Geier is also a comics artist comes to the fore here - there's a sense of action (either present or imminent) that is missing from most monster illustrations.
Posted by Unknown at 17:06